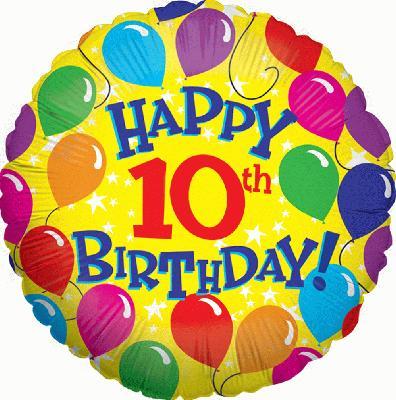 This time ten years ago I joined IMG as the Development Manager to build a new Content Management System.

The digital division within IMG was about four years old at that point, and had bought the digital rights to a number of sports organisations with the hope that the advertising and sponsorship on those sites would cover the costs of writing huge cheques to the sports organisations. ‘Hope’ is a strong word, because at the time the Internet bubble was at it’s height, and we all thought we’d be billionaires by Christmas.

When I joined, IMG was pulling out of a number of these deals, and looking for efficiencies with the tiny development teams.

The Internet was so different back then. Products were very expensive. Vendors and ‘experts’ were all learning as they were going along – so when we got stuck, we were well and truly on our own. For instance we tried different CDNs (Content Delivery Networks) to handle the huge amount of traffic we were experiencing, and ended up creating our own using Cacheflow servers. Just looking up the link just now made me laugh – because these boxes used to be the size of a fridge, and now they’re the size of a PC. Once we’d got the Cacheflows stable, we simply migrated to Akamai.

I remember people, including the CTO, would sleep in the office when we expected incidents to happen. I remember arguments with database vendors about licensing – some wanted to charge for every visitor that accessed the website, because they saw that as a database user. I remember running analytics reports on websites that used to take several days to compile, and when we wanted to run the report again with a different metric, all the numbers in the report would change! That same report in SiteCatalyst now takes a second to run and end users run it themselves.

Most of the really difficult stuff back in 2001 is now a commodity. Half of those products now have a freeware solution.

In around 2005/6 I moved to the client side – project management and operations. The CMS was very stable, and it was time to look at a decent off-the-shelf solution because we were losing pitches because of our lack of multi-lingual support, versioning, WYSIWYG editing and advanced SEO support.

We chose Sitecore as the CMS platform, and for the first time we looked at offshoring to India to migrate our sites. Three months of total pain followed. For the first time since joining IMG, we missed deadlines (in sport, although it sounds obvious you can’t miss deadlines – most of the time you might as well not deliver anything than deliver a project late). We pulled the projects back to the UK and an army of contractors joined the development team. Some were good, some weren’t. We started to offshore to Eastern Europe instead. And it was a revelation:

Then in late 2008 we looked to outsource more work to Romania via Endava. What started off at a simple outsourcing deal changed at the last moment, and the staff TUPEd over to Endava in January 2009.

Since then we’ve worked on some new projects outside of sport, and the Web has become a stable, maturing, controllable entity. In 2001 we were looking only to stabilise our clients’ sites.

Our traffic (bandwidth, visitors and page impressions) have all increased exponentially in ten years, with some exponentially, several times. Social Networks have come and some of them have gone. Do they compete? No, they simply direct more and more traffic to our clients’ sites.

And now to the future. In 2011 we are looking at providing data insights, personalised experiences, full integration with back off systems, and providing a true ROI for our client’s digital properties.