For the last couple of years (2011 and 2010) I’ve listed my highlights of the previous year. Continuing the tradition, here are the highlights of 2012.

iPlayer on the Xbox is simply superb. You don’t need the handset at all – just switch on the Xbox, use Kinect to fire up the iPlayer app and choose a programme, and then it’s voice activated from then on. It’s also the only way to watch programmes in HD on iPlayer.

Battlefield 3 has been my favourite game of the year so far, although I haven’t played the latest Call of Duty Black Ops 2 yet.

I installed Windows 8 at the start of the year on a Virtual PC and liked it a lot. Some of the staff at Endava are using it as their primary operating system. I haven’t done that yet because I haven’t had the time to spend a couple of days transferring everything from Windows 7 to 8 – backing up, restoring and all that.

However I have moved over to Office 2013. It’s super stable (I’m still using the Preview release)and there’s a few new features (such as opening and working in PDF documents) and it’s just ‘nicer’ to use.

I started reading Bear Grylls’ autobiography Mud, Sweat & Tears, and couldn’t put the thing down. I don’t read particularly quickly, but three days after picking it up I’d finished it. It’s one of those books where you wish it was longer. Bear has had a remarkable journey so far, and I share some of his values – the outdoors and Scouts being prime examples. Definitely worth a read.

Chris Hoy’s autobiography was also enjoyable. I received some feedback about last year’s favourites all relating to cycling, so I won’t go into any more detail about the book here!

Continuing the don’t-mention-cycling theme, Strava is my favourite app of the year. It’s brilliant. Strava records all your cycle journeys, split’s them into ‘segments’ such as a stretch of a single road, or even a mile long set of roads, and then compares all the cyclists (or runners) who have travelled that segment. It turns your commute and weekend rides into an addictive competition.

After Apple completely messed up maps, there was a void left with free, decent, mapping apps and after my summer holiday to Israel where I found M8, it’s my favourite app for car journeys.

I’m truly honoured to have won Sitecore Site of the Year for the second year running. This year’s award went to The Open, and I know how hard the team at Endava work on the site both year-round, and during the event. A huge well done to all the team. 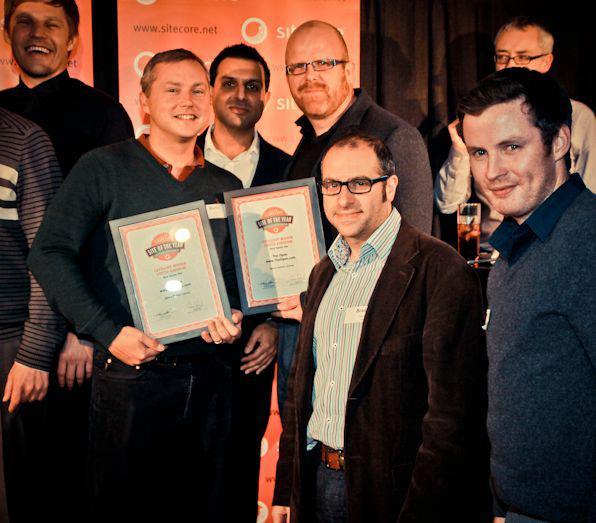