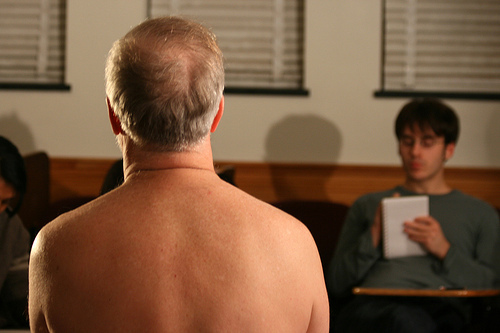 First of all, a disclaimer. I wrote this article well before it’s appeared on the website.

I often delay these articles, writing them during evenings or even (sadly) weekends, and set them to appear in regular intervals during the week(s) ahead. I seem to get into a rhythm of writing several articles at once, and at other times have total writer’s block. So it makes sense to delay articles.

So I’m writing this article on a Sunday morning (I’ll repeat: sad) after performing a number of final interviews over the last fortnight, and I’ve set the article to appear quite a long time in the future. This article isn’t in direct response to any specific candidate, it’s a culmination of several interviews taking place over several years really.

The thought of writing this entry is that last year we worked on a competitive pitch for a client who was totally open with all suppliers. I say totally open – and he would keep a completely open communication channel, with the aim of everyone improving their bid response if they all knew what each other were thinking. It was a great process to go through (winning was part of the greatness), and it’s something I’ve adopted when running RFPs since that point. The level of quality improved significantly by sharing information openly across competitors. So I thought I would repeat this for interviewees, because at the end of the day, every interviewer only wants to see really good candidates.

I hope this helps, and good luck with the interview.