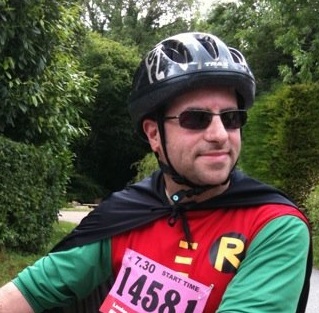 Although the weather is extremely warm for autumn in London, it’s still getting dark earlier during the day and I’m now cycling home from work after the sun has set. I cannot believe how many cyclists don’t have lights on their bikes, and for some reason it really irritates me.

As a rough guess I thought about a quarter of all cyclists between the City of London and my home in North West London don’t have any lights. Tonight I counted them (there isn’t a lot more to do when cycling 13 miles):

Unrelated (well it will be related later on) Mrs H and I hardly watch any television (it goes part way to explain how we have four children…) yet one of our favourite programmes is Road Wars, which follows a team of police officers who drive top end sports cars around at high speed pulling over offenders. And one of the most common offences is no insurance.

One in fifteen cars in the UK are uninsured. £30 of every premium goes towards a central organisation called MIB to cover drivers who can’t claim from an uninsured third party.

Back to my bicycle.

I started thinking that the Police should team up with a cycle retailer and stand at pretty much any junction in the City of London pulling over any cyclists without lights. Instead of fining the cyclists, they should make them pay £30 for a set of lights. That’s got to be better than an on the spot fine, because the outcome is better for the Police (less accidents) and the cyclist (less accidents!).

I have a similar solution for drivers with no car insurance. The Police should carry a laptop or a tablet computer and when they pull over an insured driver, instead of the £5,000 fine, penalty points and seizing the vehicle, they should offer an option for the driver to buy the insurance on the spot. Just hand over the laptop with a comparison engine and watch the driver buy a policy.

One of the tactics that uninsured drivers use is to buy insurance and cancel the policy or direct debit after the first month, so one of the terms of this on-the-spot-insurance-cover should be to pay for a full year.

For any other complex social problems, send me an email just before I get on the bike in the evening!