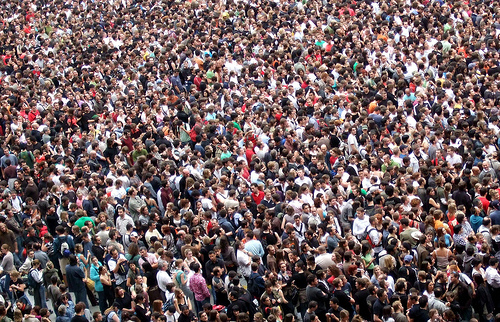 While I was travelling recently, I heard he following marketing story. A car dealership ran a radio-only promotion to win Superbowl tickets (a random lottery style competition) in return for visiting their showroom. The campaign was run in complete isolation, meaning that if a radio listener visited the showroom’s website, there was nothing obvious to endorse the advert.

They ran the campaign for a few weeks and the response was… zero. Not one person visited the showroom.

The dealership called a digital agency with just a few days to go before the Superbowl, and asked them to implement a campaign using the dealer’s Twitter account. The dealer had just over 50,000 followers, so the agency went to work designing and implementing a campaign.

After a few hours the agency wondered what had gone wrong… not one follower had engaged with the campaign – either entering an online competition, retweeting, or most importantly, visiting the showroom.

The agency had run digital, including social, campaigns in the past and were surprised at the lack of engagement. They spoke to the dealership and found out that they had ‘bought’ the 50,000 followers.

To me, this demonstrated the immaturity of the dealership on a number of levels. Firstly, all marketing campaigns need to be aligned across channels. Secondly, buying Twitter followers needs to be recognised as buying a disloyal and untargeted ‘user base’. I’m being careful not to describe the ‘user base’ as fans or eyeballs because there’s no evidence to suggest they are actual people – as Facebook found out immediately after its IPO.

I would guess that the reason the dealership bought the followers is that after launching a Twitter account and struggling to attract followers, buying them seemed easier and quicker – but in the long run, they were an unengaged statistic of absolutely no use whatsoever.