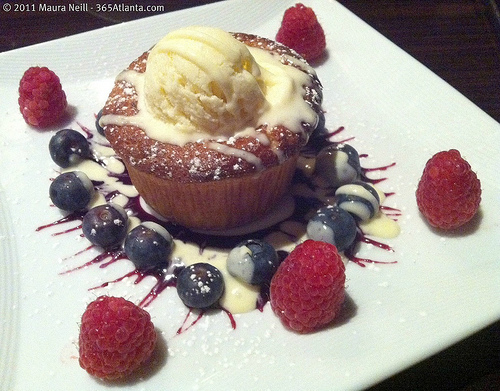 I’ve just finished reading ‘Futurevision’ by Richard Watson. If Futurevision was a dessert, it would be one of those really rich yet super tasty and complex puddings that needs a while to consume, along with a strong coffee. You know the type – you order it because it’s appealing on the menu, and it tastes divine, but it’s so rich that when everyone else has finished their mousse and crème brulee, half your dessert is still there. But you’ve ordered it, and you’ll just take your time to finish it.

I’m a fan of Richard Watson’s previous books on the future, and I regularly comment on his excellent (and slightly emotional) blog.

When Richard announced that he had finished a new book in conjunction with Oliver Freeman, as well as setting up a new futurology (scenario planning) business with Freeman and Andrew Crothswaite, I asked for a copy to review immediately.

The new book is broken down into three sections. The first section contains four alternative futures, written by someone in each of the futures. The second sections describes the scenario planning, or how Watson and Freeman arrived at those scenarios.

The plans are well designed, well thought out, and provide experiences from sessions they’ve run with clients. The process and engagement is described in great detail, and one gets a feeling you could almost run the entire process in an organisation based on the book’s instructions.

The final section of the book provides another angle of the four scenarios from a political perspective.

The book’s complexity – in fact, that’s sounds like a negative description – the book’s richness is its depth of detail. Personally I found it difficult to concentrate on reading the scenarios back to back, even though they were interesting, because there was so much detail packed into each scenario that I needed a relatively long break between reading them.

I have already recommended the book to colleagues, and perhaps more importantly I’ve already adopted some of the recommendations from the planning exercises for use at work. It’s both a practical and academic book – perhaps it has both elements because of the two authors.

Despite the title, Watson and Freeman emphasise several times that the scenarios and the process won’t turn anyone or any organisation into Nostradamus, but they will help create some forward thinking about what may happen in the future.

Futurevision is a rich handbook for how to think about planning for the future.

It’s the literary equivalent to a chocolate cake with a sweet raspberry sauce from a fine restaurant. Too much in one go, but when you’ve finished it, you feel all the better for doing so.