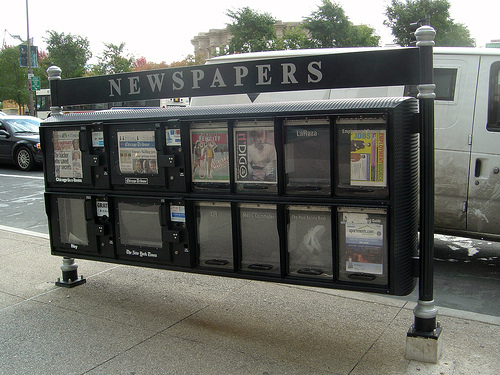 In case you missed it, there was a news story that developed over Twitter yesterday where a “Canadian research company” announced that users of Microsoft’s Internet Explorer browser had a lower IQ than users of other Internet browsers.

The story was found to be a fake after a few hours, and highlighted my concerns over citizen journalism.

In the past, we tuned into TV news services such as the BBC, CNN or ITN as well as newspapers and radio stations. We knew whether a media agency was biased towards one political persuasion or another, and made up our own mind how much to “rationalise” the news.

With “citizen journalism” where anyone can tweet 140 characters and be taken genuinely for other users to retweet and spread the message, our news sources have become unknown, which means we probably shouldn’t trust them. The public’s insatiable appetite for instant news means that news sources can’t be verified before shown on international news stations. The Internet Explorer story has highlighted this.

The problem facing news agencies is the requirement for second-by-second news and how to monetise quality, authentic reporting. Otherwise the news industry will become more unmoderated, unverified and will lead to more extreme and fake reporting.