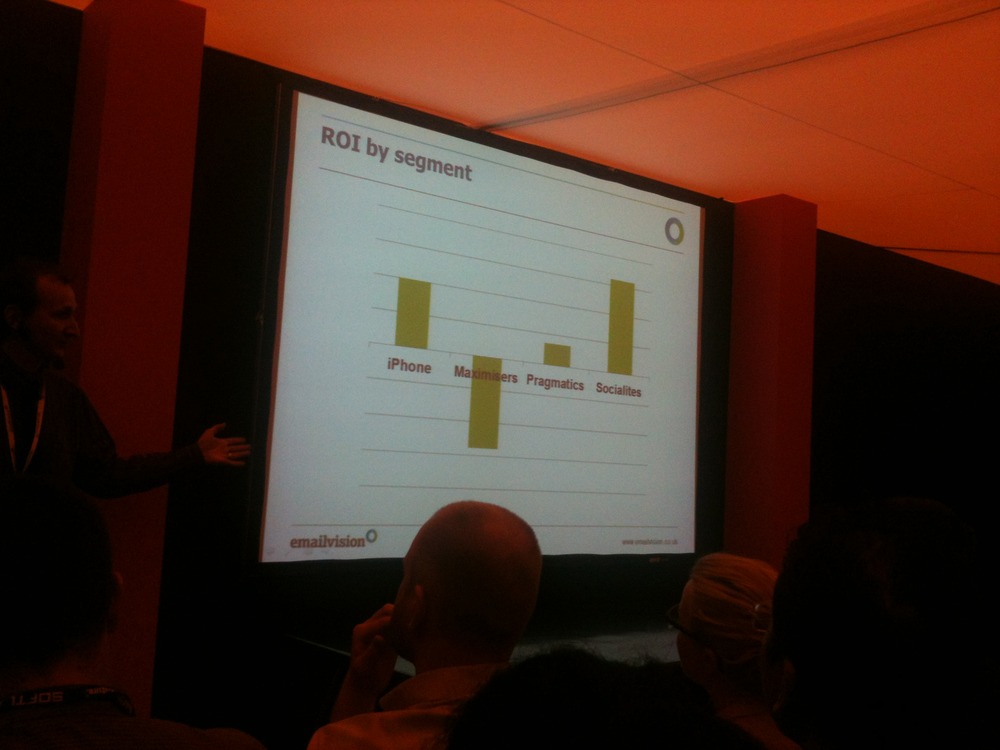 The Internet World 2012 exhibition at Earls Court was far improved from previous years. It was bigger, busier and generally more upbeat – perhaps a good indication of the market, even if it was the same day that the UK re-entered a recession.

There were lots of seminars across a number of theatres. In fact, there were so many seminars and theatres over the three days that I got confused and ended up sitting in the wrong theatre a few times – but the topics were interesting enough to stay.

Two of the better presentations were from Artificial Solutions and Orange.

Andy Peart described how virtual online assistants, such as Anna on Ikea.com, provide value to consumers and increase conversion rates.

Andy started by quoting Gartner: “By 2015, 10 percent of your online “friends” will be nonhuman”

Anna from Ikea understands 21 languages across 23 countries in a natural language, and because users interact with ‘her’ (why are virtual assistants always female?) from a webpage, she understands the context (specifically, the product) of what the user is querying. She converts over $14m of revenue a year – hence the title of Andy’s seminar “Expanding the role of your most productive virtual employee”.

Artificial Solutions ran some independent research that 96% of users visit a website to resolve a query instead of calling first, and that query should try to upsell just like a call centre would.

The focus of Orange’s presentation was A/B Testing – essentially it’s testing different solutions on different sets of users to see which is more effective.

Google do this all the time and often publish their results. They tried 41 different shades of blue for Google AdWords.

Back to Orange and their A/B Testing for push communications – such as email and bill inserts.

The first take away from the session was not to take the results of these push communications at face value.

For instance, one of the key metrics for sending emails is the open rate. If users look at an email, then great – they’ve seen your ad. Orange found that their iPhone users have the highest percentage of opening their marketing emails, and they were delighted. However, one step into the detail showed that Orange iPhone users were one of the lowest click-through groups. So they opened their emails but didn’t do anything with it.

Orange had another good point with ‘holdout groups’. These are consumers who aren’t included in the A/B Testing – to prove whether the marketing initiative (i.e. the email send) is worth doing at all. In fact, when Orange segment their users, they have holdout groups inside each segment.

All this talk of email though – and bill inserts still provide the highest consistent ROI of all push communication. I think it’s all about putting the information in someone’s hand. Email is too ‘removed’ – a leaflet is more valuable. Electronic ink will become very powerful in the hands of marketers.

And finally, Orange segment their users into several groups, including Socialites, Pragmatics, Maximers and many other groups. Maximisers are ambitious and active, career focussed workaholics.

Orange find it difficult to work with Maximisers – getting them to open emails and click on them, despite extensive A/B Testing. And that was their last point – some groups are just too difficult to market too, so concentrate on the ones who you can convert and work on increasing their ARPU (Average Revenue Per User).