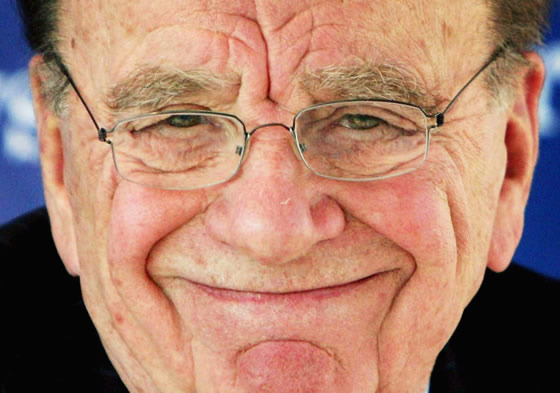 I’m well aware of many of the regular readers of this blog aren’t exactly fans of Rupert Murdoch, so I’m on thin ice on this one…

Rupert Murdoch gave a speech last night to the Centre of Policy Studies in London. My favourite part of the speech is this excerpt:

If children in the poorest parts of the world can learn how to read and write – as well as do maths and science in schools with dirt floors and tattered textbooks – there is no excuse for the way British children are being failed by well-resourced schools.

We must not stifle the growth of the brightest.

As Margaret Thatcher exhorted: “Let our children grow tall, and some taller than others if they have it in them to do so.”

In other words, we must celebrate a culture of success. The rise to prominence is too often accompanied by a surge in cynicism by the traditional elites.  I am something of a parvenu, but we should welcome the iconoclastic and the unconventional. And we shouldn’t curb their enthusiasm or energy.  That is what competition is all about. Yet when the upstart is too successful, somehow the old interests surface, and restrictions on growth are proposed or imposed.  That’s an issue for my company. More important, it’s an issue for our broader society.  These are the small thinkers who believe their job is to cut the cake up rather than make it bigger.  In my own industry, for example, digital technology is offering a chance for British companies to make their mark here and across the world.

When The Times was founded in 1785, its influence was confined to a handful of important people in this city. Today, its content echoes around the world every day. And it has digital competitors who were not even conceived a decade ago.

In the past too, television programmes were confined to a single screen. Now they can be watched whenever you want and wherever you are – whether on a mobile phone, a tablet or a computer. For all the change, we are still at the early stages of this revolution.

It’s not just media. This is an exciting period in every sector. And our competitive passions should be stirred by the sense of challenge and opportunity.

In short, Britain needs companies robust enough to compete in this global market – whether in finance or pharmaceuticals, transport or telecommunications, retail or entertainment. And we need to attract the brightest talent, regardless of background and ethnicity.  In other words, Britain should be a magnet for the best students and best workers from around the world.  What might a successful Britain look like in this new century?  A government that spends modestly, because it leaves its people free to make their own decisions for themselves …  Citizens who look out at the world with confidence, because they have grown up accustomed to taking responsibility for themselves, and are allergic to the culture of dependency….  Corporate and technological sectors that thrive on change, and use the freedom of the market to innovate and grow.  Above all, a successful Britain would have a society that cherishes opportunity and creativity – making opportunity available to all, and believing that there is creativity in all, where individuals do not feel guilty of wealth or being exceptional, but work hard and exercise humility.

So there you go. It’s about education, which breathes creativity, which breeds opportunity, which leads to commercial success.

The full speech is available on News Corps’ website.