It’s hard to believe that this blog is now six years old.

I started this blog in 2010 when I realised that customers and colleagues were asking similar questions and I wanted a more efficient way to broadcast thoughts more quickly. Those were the days before ‘thought leadership’ and other such marketing terms were commonplace. END_OF_DOCUMENT_TOKEN_TO_BE_REPLACED

Fresh back from a summer holiday – well actually mine was a bit of a knackering washout really – here are some recommended web reading links.

I’ve also taken out a 12-week trial subscription to The Economist. Between reading one of the issues and a book at the moment, I can’t keep up. I struggle to reach half way through the magazine before another one arrives.

The quality, depth and opinion of the articles is top-notch. I’m not saying I always agree with the opinion, but the manner it’s conveyed is excellent.

It’s true… as you get older, time seems to accelerate. It feels like only a few weeks ago I was writing last year’s Happy Birthday post.

I started this blog because I found myself telling several people the same piece of news and opinion. I took their advice and created this blog.

Last year I said that there had been “a step change in traffic, with pretty much double the level of traffic as two years’ ago”. This year, traffic almost doubled again, with almost 20,000 sessions on the site over the last year.

END_OF_DOCUMENT_TOKEN_TO_BE_REPLACED

We were extremely busy at work during November and December, so I spent a few hours over the holidays catching up on blogs which I follow. END_OF_DOCUMENT_TOKEN_TO_BE_REPLACED

Post holiday, I’ve tidied up (pruned is more like it) my RSS feeds in Outlook and it’s been a while since I shared the RSS feeds which I subscribe to. The updated list is below. END_OF_DOCUMENT_TOKEN_TO_BE_REPLACED

Four years ago I started this blog because I found myself telling several people the same piece of news and opinion. Some of them suggested I publish these thoughts on a blog, and I took their advice.

In the last four years, the amount of people viewing this site has steadily (and thankfully, significantly) increased.

Naturally, I’ve had my times where I haven’t had much to say – so I haven’t said anything (one of my favourite quotes is from Margaret Thatcher’s husband Denis, who said “Better keep your mouth shut and be thought a fool than open it and remove all doubt.“)

The last year has seen a step change in traffic, with pretty much double the level of traffic as two years’ ago.

Thank you to all the readers who come here from all over the World for their continued support.

Please let me know if you have any other topics that you’d like me to cover, and as always I’ll try to take the comments on board.

There has been a lot of discussion on the web this week regarding three separate services: Google Reader, Evernote and Posterous. I have talked about how our Internet trust will be broken soon, and each of these three vendors have demonstrated this in their own ways.

Google have shut down their Reader service. It doesn’t bother me too much – the service was satisfactory, nothing more, and I prefer to read RSS feed in Outlook. Reader was a free service, and its users’ main complaint is how it knocked other services out of the market only to stop the product years later when everyone has gone bust.

And while Posterous announced a while ago that they would be shutting down, I’ve spent a few evenings this week moving this very blog from Posterous over to a new provider. I’ve actually bitten the bullet and moved the blog over to my own personal server. I just didn’t want to go through the hassle of moving it again.

Playing Devil’s advocate, the services above are free. You pay peanuts (or nothing), so you don’t get a chance to say “Hey, I was using that…”.

As a learned friend of mine once said, “Today’s gift is tomorrow’s expectation.”

So what’s the advice for the future?

Firstly, corporates take note. If you use these services, be prepared for here today, gone tomorrow. Use PaaS (Platform as a Service) vendors – Salesforce, Google Analytics, Endava (shameless plug), etc., but make sure your data is transferable, accessible and secure (not necessarily in that order).

Secondly, consumers need to be similarly aware. I have a simple approach – I assume all new startups can be gone in an instant, and are operated by a fourteen year old in their bedroom somewhere dodgy. Only once the trust builds up will I invest more time with content.

As I mentioned before, Google Reader doesn’t affect me. Posterous… well, whenever I’ve been to blogger meetings, everyone is talking about WordPress and I felt like I was on the wrong platform.

Evernote is the one that has annoyed me the most, because it’s (present tense) such a great product. But I can’t trust it. And my corporate security guys have said we can’t use it any longer (or any similar services).

So I’ve started using OneNote again. A few guys in the office use OneNote, and since I got the new convertible Ultrabook, OneNote makes sense. And then I discovered the OneNote iPhone app, which syncs with my laptop… and boom! I now have an enterprise version of Evernote.

Whilst writing this article I noticed that Menshn has shut down as well. Menshn was a great idea, and I was lucky enough to be one of the first users invited. I say it was a great idea, although I hadn’t logged on for a couple of months, so it hadn’t quite replaced my preferred social networks.

But the morale of this post is that if I had invested huge amounts of time and content, I’d be pretty miffed at the moment that it’s now all gone. 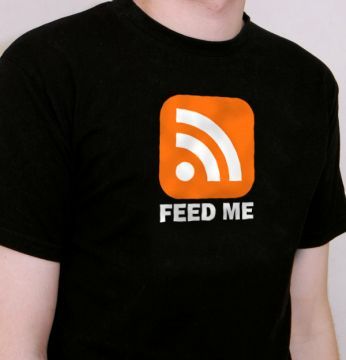 At a recent event, I met up with a regular reader of this blog, Andrew, who asked me what websites and news feeds I read regularly to keep track of trends within digital media, social media and the web in general.

I’ll start the answer with a disclaimer – this list has been growing over time, and follows specific interests that I’ve had over the last couple of years.

I find it impossible to keep going to specific websites to keep up to date, so RSS feeds are the answer. I’ve tried using a number of RSS readers but because my life is ruled by Outlook – when the 2010 version came along with an excellent RSS reader, I was sold, and am now able to stay up to date with RSS feeds.

If you use Outlook 2010 but don’t use it for RSS, I recommend you try it because it presents articles just like emails. (Like you need more emails…)

I’m not including news feeds that post less than an article a month. So the list, in alphabetical order is:

If you have any other recommendations or comments on the feeds above, please do let me know.

Weeknotes seem to be the new compromise between micro-blogging (aka Twitter) and full on blogging. Take a look at Weeknote – it’s quite a neat site if you have something to say but don’t want to be constrained to 140 characters.

Marc Holmes and others have started adopting a nice approach to their blogs, by including a weeknote every errrrrr…. seven days, so I thought I’d try it too. So here goes for the last week: 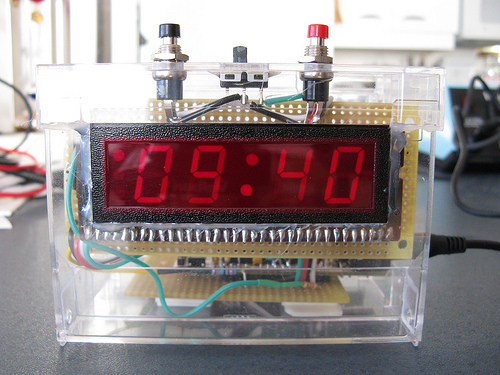