If you liked the post back in February 2011 describing the Coca Cola village integration with Facebook, you’ll love this video of Facedeals, using automatic facial recognition to check-in to places.

Check-In with Your Face from redpepper on Vimeo. 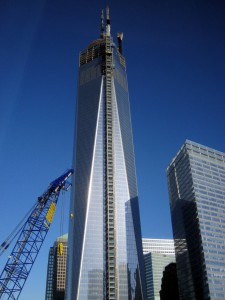 I’ve been visiting our New York office this week, and had the privilege to meet many interesting people and companies.

Key points that stuck out were: 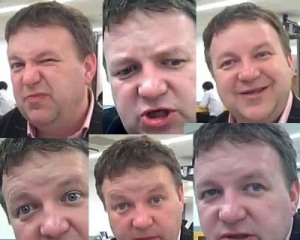 If you and I have ever had the chance to discuss Twitter, you’ll know I’m not exactly pro-Twitter. I question its true marketing value or longevity. However I do have a fixation for non-celebrity individuals who have a few thousand followers, because they are clearly effective at marketing in the Twitter-space.

I regularly attend a few MeetUps and last night I went to one that I’d been looking forward to for a while – a talk by Bill Boorman who has some 8,500+ followers on Twitter. Bill is quite infamous for “saying it how it is” and his social media expertise for his own company.

Fundamentally, Bill likens Twitter to a local pub, where you can hear and join in everyone’s conversation. You wouldn’t walk in and try and sell something direct (OK, forget the rose sellers for a second). And you would be quite subtle when joining a conversation.

Here were his other main points:

I found it interesting that it took an hour before someone asked Bill what he does for a living. I knew he was in recruitment and sort of assumed everyone knew, but his recommendations above were very generic.

Another impressive point was that Bill spoke to 45 minutes and had a break before answering questions. He then had 50 minutes of questions which is very rare at a MeetUp. I went up to him at the end of the session and said I thought 50 minutes of questions was outstanding and he answered that he only does it for the engagement, not the initial ‘How to’ part – and I think that’s a key point in social media.

I thought about Bill’s comments on the way home and will try to implement them to double my followers from 200 to 400 in the next 8 weeks and see if they are valid – and report back here. If you are a Twitter fan, you should either contact Bill on Twitter, or find out where he’s speaking.

This week npower, who secured the naming rights to the Football League from the 2010/11 season for three years, jumped on the bandwagon and launched a Football League social network – www.npowerclub72.com.

The agency behind the website clearly had some good intentions, some of which I agree with:

So far so good.

The design is OK, nothing too fancy, and then again, it probably doesn’t need to be – neither Facebook or its twin brother Google+ are going to win any creative design awards.

Here’s what I’d have done differently if we ran the site:

Back to my point above – a social network for football fans has been a long time coming, and I still think the opportunity exists for someone (probably a sponsor) to produce one.

This video is 6 months old now, however it serves to show how children and teenagers want to use Social Networking compared to adults (say, over 25). As an adult can appear concerning, however if you look through the concern, watch how the the teenagers use Facebook. I strongly recommend you watch the whole video before reading on…

Although the Coca Cola village was filmed in Israel last year, you get the feeling it’s a bit futuristic, because we’re not used to seeing RFID tags as commonplace. However one shoe manufacturer has now produced a shoe with an RFID chip built in. Watch the video soon, because the video has been made password protected on other video sharing sites.

Facebook and Google are already reporting that huge numbers of users are moving away from computers to mobiles to use their websites. In the short to medium term future, don’t expect to have to reach into your pocket to “check in” to social networks – it will be done using your clothes.

I have an issue with people throwing mobile statistics into presentations because they are usually unfounded and questionable.

However this presentation contains references to all the statistics, which adds a high degree of credibility.

157 Mobile App Stats You Should Know About
View more presentations from stuartdredge. 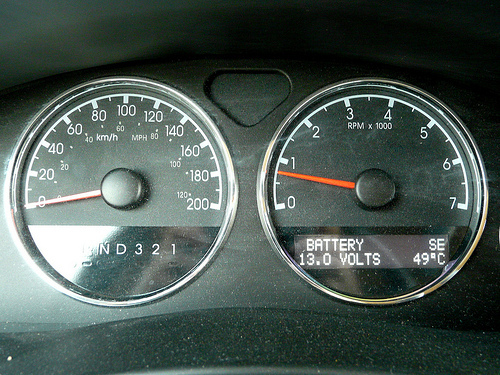 While I was in Israel on holiday, I used FourSquare a reasonable amount (basically, whenever I could get free Wifi access, because data roaming charges are prohibitively expensive). A number of friends over there had heard of FourSquare, but I didn’t come across anyone who actually used it.

Despite none of my friends having heard of it, almost everywhere we visited was already listed. This made me think that perhaps FourSquare has a similar crawler to search engines, which is constantly looking for business names and addresses, and placing them within the FourSquare database.

A site that is much bigger than FourSquare in Israel is Waze (pronounced ‘Ways’). Waze is 99% a free mobile app (iPhone, Android and Blackberry), which runs all the time, and as you drive along, it plots the roads you travel on. It also takes note of your speed.

You can then add police speedcheck areas, cameras, accidents and so on. This enables other Waze users to use their app to plan a route, and then see the virtually-live traffic on that route, as well as police speed traps, etc.

Waze is a really clever use of crowd-sourcing technology, put to use for a real purpose. Quite how they will make money I’m not so sure.

I downloaded Waze when I was back from holiday, and the app warned me that it had only just launched in the UK, so most roads and details still weren’t collected yet.

Maybe so, however most of the side roads near my home were already in the system, so it’s probably exploding at a quicker pace than even Waze realise.

FourSquare is a website/application which allows (requires) users to say (check-in) where they are. The more regularly a user checks in to a location, they are rewarded with ‘badges’ and status changes. A user can then become a ‘mayor’ of a location if they are the most frequent user in that location. It’s clever through it’s addictiveness.

The commercial model is that locations can then reward it’s mayors with free prizes, such as a coffee in a cafe, or a discount. FourSquare’s model is that it’s users are the ones who map the World rather than rely on Google or anyone else to do so.

The frustration stems from the iPhone app crashing when I try loading it without a wireless connection. For an application which relies on being out and about for its use… a very limiting factor. Apparently it only happens to some people, such as myself.

The potentially excellent view is that I can easily see Google or Microsoft buying them soon. Imagine Google knowing where it’s users are and integrating it into Buzz, GMail and Google Latitude (another excellent location utility commonly misunderstood). Or Microsoft integrating Messenger, Bing, Hotmail and FourSquare together as a single offering.