Last year I wrote about my 2010 favourites and it was one of my most viewed posts of the year. So I thought I’d repeat it for 2011 too – and there’s a clear theme running through these favourites!

One of the things I’ve really got involved with in 2011 has been cycling. It started in February when I was out of breath going up a local (yet very long and steep) hill, then got to June where a group of friends rode the BHF London to Brighton. I then started riding into work (13 miles, from North West London to the City).

Three rear wheels later, thanks to the Holloway Road, I decided to go for a new bike. My £27 eBay investment (see below) had had its day after almost 1,800 miles between May and December. 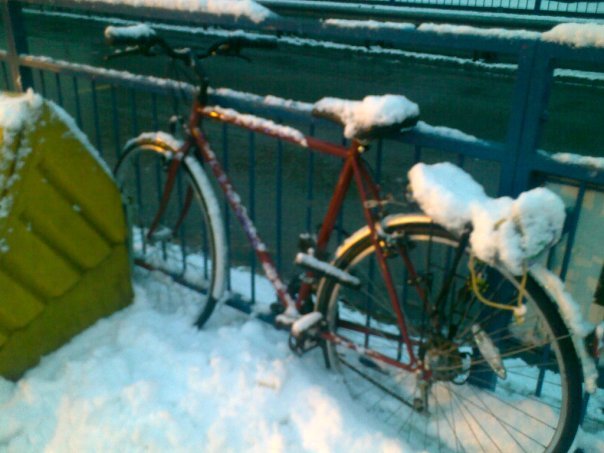 However my favourite gadget wasn’t the new bike, it was the base layer clothing. Base layers have been around for a few years and despite some literally freezing motorcycle journeys, I hadn’t used one until cycling this winter. They are fantastic and if you get cold easily, try wearing them under your clothes. There you go, a favourite gadget that doesn’t run out of batteries!

Without a doubt, it was Lance Armstrong’s autobiography. It’s a very easy read that is very emotional about someone’s battle with cancer, from denial through to winning the Tour de France afterwards. Thoroughly recommended.

In second place was Alan Sugar’s autobiography which was several times longer than Armstrong’s, but just as enjoyable.

I’ve started using Barclays Boris bikes to travel around the City if the meeting is only one or two tube stops from the office. So the BarclaysBikes app is really handy, showing how many bikes and spaces are at a specific location. The AR (Augmented Reality) view is genuinely useful to find the nearest bike.

A close second is the updated LinkedIn app. The previous version never seemed to work without wifi. The latest app is excellent for looking up contacts after a meeting or even in the middle of a meeting when we’re discussing a mutual ex-colleague.

For outside work, the Geocaching app is excellent. It shows the three nearest geocaches and makes a spare hour disappear quicker than you can say “Where on earth would someone have hidden it around here?”

Without a doubt, I was extremely proud of the team to receive to a Sitecore Site of the Year award this year for our work with Cadbury. 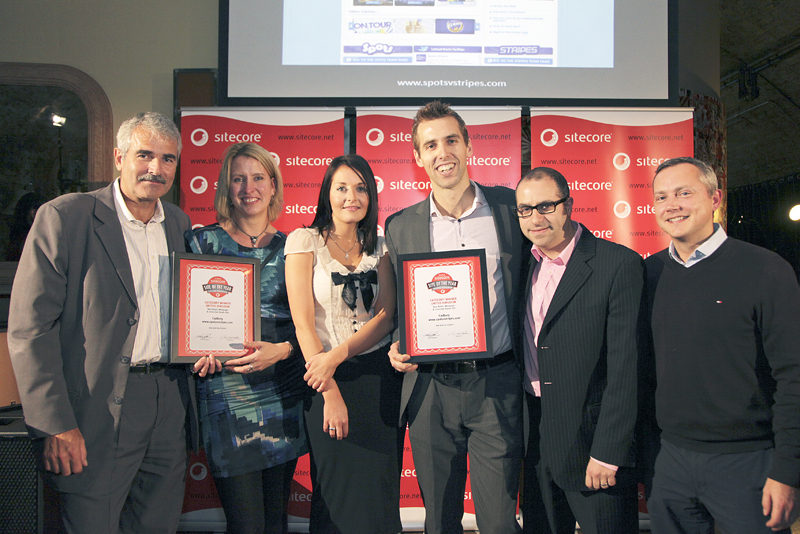 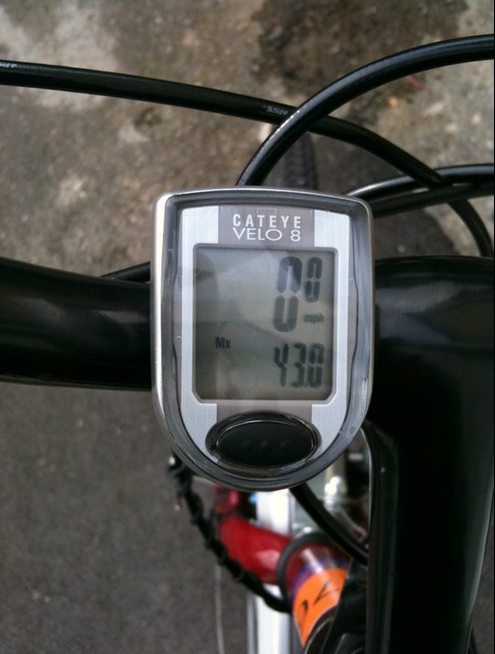 Yesterday I cycled from London to Brighton for the British Heart Foundation’s annual ride. It’s really well organised (one of those rare events where you can’t think of any improvements) and until you’ve taken part yourself, you can’t describe what it’s like to be in a mass participation sport with the public cheering you on.

Some of the highlights:

We are still taking sponsorship for the British Heart Foundation thanks to some of the guys in our group of twelve (see below) who set it up. 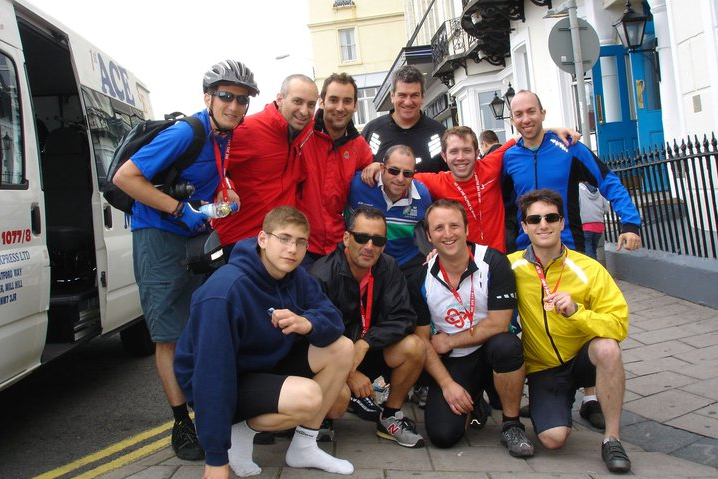 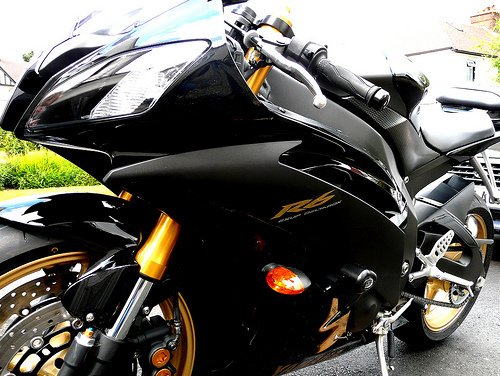 Over the last couple of weeks I’ve been cycling into work a couple of times a week. There are many reasons for cycling – fitness, the waistline and generally ‘just doing something different’.

I have never understood how other commuters can do the same journey, every single day, the same way. I’ve been lucky for the last few years because I generally go into work by motorbike. Motorcycling is a great way to commute – you spend time riding thinking about the riding, which clears your mind for an hour or so.

On average I typically spend one night a week out with colleagues or clients, and on those days I go into work by Tube. I’ve been doing this for a couple of years now, and it helps ‘break the week up’ – i.e. doesn’t let the commute becomne monotonous.

I’ll be riding the London to Brighton again this year, so I’ve been cycling with a few friends [very, very] early on Sunday mornings since the start of the year, and decided to try cycling into work a couple of weeks ago. I really enjoyed it, to the point that I now cycle in twice a week, motorcycle twice, and Tube once.

The timings and costs are interesting:

I’ve been trying to work out why so many people in the creative and IT sector prefer two wheels – whether motorbike or bicycle – over the Tube. Maybe it’s the emptying-thoughts-whilst-commuting that I discussed above. Maybe it’s just a retro statement. Let me know if you have any thoughts.

Weeknotes seem to be the new compromise between micro-blogging (aka Twitter) and full on blogging. Take a look at Weeknote – it’s quite a neat site if you have something to say but don’t want to be constrained to 140 characters.

Marc Holmes and others have started adopting a nice approach to their blogs, by including a weeknote every errrrrr…. seven days, so I thought I’d try it too. So here goes for the last week: 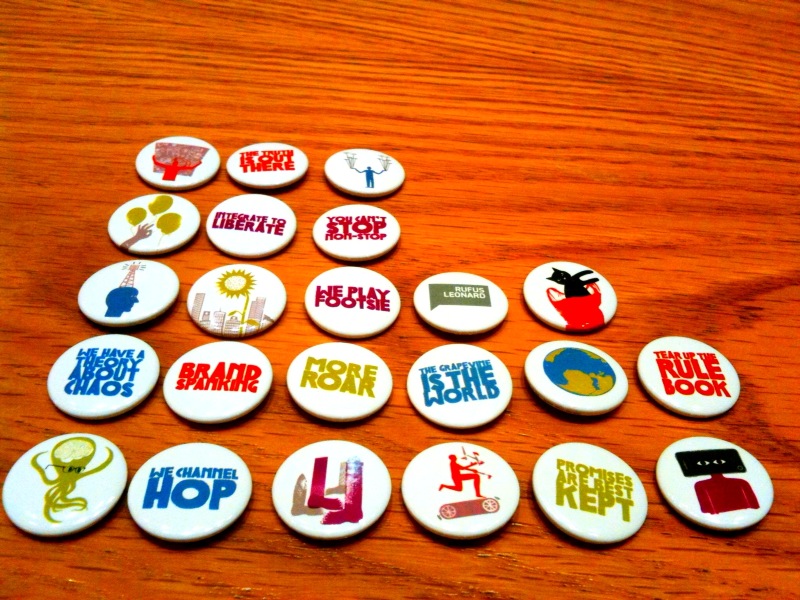 Thanks to a mixture of training for the bike ride, and Simon, one of the guys who will be on the ‘team’ down to Brighton, who showed me the ‘Motion X GPS’ app for the iPhone.

The app basically tracks your route as you go on a journey, and keeps some basic stats about the journey – speed, average speed and so on. Every 2 minutes it also logs the altitude. What’s clever is that at the end of the route you can share the journey on your Facebook profile, Twitter or just as an email link to Google Maps, which shows the route and all the stats about the journey. Another clever feature is that you can download maps in advance from Bing, to your phone, rather than keep requiring the app to download maps during the journey. I assume this is to save battery life during the journey. The free version only allows you to store one journey. If you go cycling, running, or just meandering on a bike/car on the weekends, the app is well worth downloading.

And finally, it’s a bit depressing that even at 7am on a motorcycle, the average speed through London is still only 16mph!

Three years ago I grew a beard for charity and together with all the guys at IMG, we raised about £6,000. Two years ago we all (now including the ladies) dyed our hair blonde and raised just under £7k. Last year, well, we kind of took a year off.

This year, I’ll be cycling from London to Brighton. 60 something miles doesn’t sound that difficult does it? OK… keep reading.

The fun part: Here’s how the charity part works.

I am willing to wear pretty much anything that the highest donor on this page wants me to wear.

So if Tom (a name that is not picked at random) donates the most, he gets to choose what I wear on the actual London to Brighton bike ride. There will be ample photographic evidence provided during the day. If Tom donates the most and is then ‘outbid’ by another kind (or not) donor, he can add additional money as a separate donation.

Sounds simple? Hopefully it is. Just remember, whoever donates the most, gets to choose what I wear in June.

About the bike: I got the bike for £25 off eBay during the winter. I don’t think it has ever featured in the Tour de France. Since then it’s been rained on and snowed on. I haven’t owned a bike for some ten years, so cycling 50 odd miles to Brighton will be a bit challenge.

And the fitness: Yup, it’s gonna be difficult because my finely tuned legs are a little out of tune. And with the 4 kids, any practice rides/time are going to be tough.

A couple of rules:

Please use the JustGiving site to make a bid.