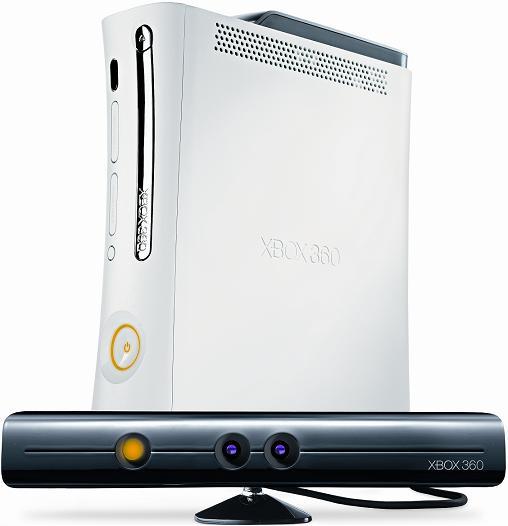 Last weekend we bought an Xbox Kinect at home. I have a personality trait whereby I get really excited about technology only for it to rapidly degrade after a few days. So I decided not to write this review any sooner for fear of it being written with a bit too much passion and not enough objectivity.

A week after plugging in the Kinect controller, I can report that’s it’s still AMAZING. The technology still feels futuristic. Picking up an iPhone with it’s two year old pinching and stretch controls feels ancient. Using a mouse or a keyboard feels archaic.

Gesturing is the way forward.

The kids (ranging from 4 to 9 years old) love it and find it intuitive. Adults find it intuitive, although I’ve yet to see an adult that doesn’t sit (or for that matter, stand) with their jaws open finding it difficult to appreciate that the television is responding to body movements.

Many reviewers compare the Kinect to the Wii, because they are the two consoles where players need to be active or stand up to play most games. The comparison is ridiculous. The graphics and playability on the Xbox Kinect games are as polished, clear and fast as the rest of the Xbox titles compared to the Wii which feels like it’s still using the graphics chips from an 1980s Atari console.

However the part that most of our visitors like the most about the Kinect is being able to control the main Xbox menu, by sweeping icons to the left and right and selecting them on the screen just like in Minority Report.

To select a menu, the user puts your left arm at 45 degrees down becomes second nature in much the same way as a right mouse click on a PC felt odd a decade ago but is now automatic.

If a different user stands up Kinect will recognise them if they have a profile on the box using face recognition.

Microsoft have got the Kinect completely right. Installing it on my old Xbox (the original white one) was painfree. I’ve never opened a manual for it. The kids got it. Adults get it. Gestures are the way of the future.

I also bought a new family PC for the home as well after the last one died. For a while, we considered getting a Dell with a touch screen for two reasons. One is that it looks nice without complex wires, and the second is that its a large touch screen. However I’ve never seen the point of a touch screen on a PC – why do you want to press the X to close a window and get a fingerprint on the screen when it’s quicker and cleaner to press Alt+F4 (and you still think the 45 degree arm salute is unobvious?!) or move and then press the mouse.

I don’t get PCs with touch screens, but if you could gesture with your hand to quickly close a window, or click your fingers to open a favourite application, that is the future.

The Kinect is an amazing piece of technology, and the fact it costs about £150 and sits in your living room is testament to consumer power forcing companies to create such viable mass consumer devices. I just can’t wait until I’m controlling everything in the house with gestures.

1 thought on “Amazing technology in the living room”