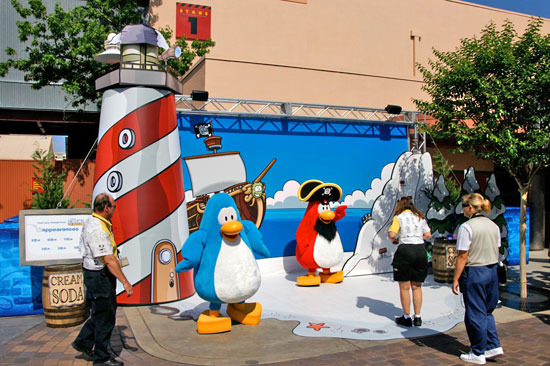 Earlier in the week I was asked my view on kids’ social networks and web based games – so I thought I’d share it here.

Like most modern parents, my kids have gone through Moshi Monsters and Club Penguin (now owned by Disney). My wife has even used them to help on her farm(!) from time to time. In short, my kids like technology as much as anyone.

However, kids are more fickle than anyone else when it comes to online games. They swarm on to the latest game as soon as their friends join, and then leave by the end of the school year. They have absolutely no loyalty whatsoever.

The Freemium business model on the kids’ games is fantastic. Children join these online communities easily, without any costs, and soon want a premium subscription as a birthday or Christmas present. So the parent enters their card details, and like gym membership, it takes a payments review for the parent to question why they’re still paying for little Jonny, now 30 years old, to be on Club Penguin.

The networks are great for kids, and on the most part I think they are as secure as they can be although I still recommend letting kids under the age of 14 only use a computer in the sight of an adult (in our house the computers are all in the kitchen).

I think the business model is fatally flawed though – it relies on pay-and-forget direct debits rather than a long term, loyal user base.

I would expect that in the future we’ll see these networks all migrate to Facebook, where a young person will register and then move from one game to the next. The current problem is that Facebook only accepts children from the age of 13.

However as Facebook starts hitting maximum user penetration and runs out of people not already on Facebook, I suspect that age limit will decrease and we’ll see a Junior Facebook emerge.