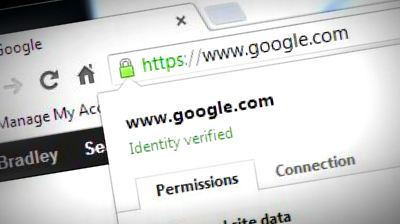 Yesterday I started a two part post on trust. The UK has just experienced an abuse of trust in the food chain, and I’ll now discuss how trust works on the Internet.

The next few years will see the trusted relationship become two way. Individuals will have personal certificates to prove we are who we say we are.

Banks use a variety of physical devices to check we have our bank details and a PIN number. However If I want to vote online, I have to prove I am Bradley Howard to the government. Other companies will need to know I am definitely Bradley Howard before they’ll let me use their service or buy their products.

I went to an event this week discussing the new ‘Sharing Economy’. One of the speakers described the Sharing Economy as the third revolution of the Internet. The first revolution was e-commerce, the second was social networks and now there are marketplaces to share anything from homes (Air B&B), cars (Lyft) to tasks (Amazon Turk).

A sharing economy requires both people in the transaction to trust each other. If you book a room on Air B&B you don’t want to stay at a mass murderer’s house, and the house owner doesn’t want a mass murderer staying with them either. Both need to have a level of trust on the network – usually achieved by previous transactions being validated.

eBay did this successfully with feedback, percentage feedback, stars, Powerseller status and so on.

There is an opportunity here to use the trust earned on one network, such as eBay, to another site, such as Air B&B.

Otherwise you need to keep starting from scratch (i.e. untrusted) on each new site. And this may drive better behaviour across all sites because users won’t want a reputation earned over several years, eroded by silly behaviour on another sharing site.