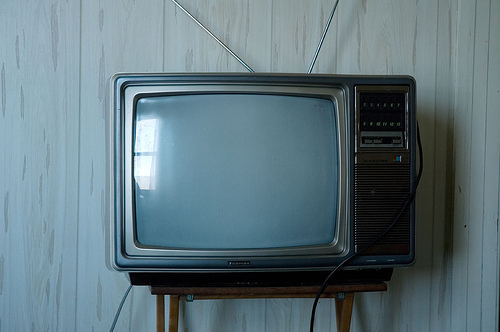 1.8 million TV viewers. This is calculated from BARB, which distribute TV set top boxes which analyse TV usage in a few homes around the country. These figures are then extrapolated to the UK population – each set top box represents 5,000 viewers.

So 1.8 million fewer viewers is actually 360 people. 360 people didn’t want a TV programme last night, which has commercial repercussions across the industry.

I still can’t fathom how such an antiquated system is used to define the UK’s £9bn television industry (that figure is from 2005).

I propose that all set top boxes – Virgin, Sky, BT Vision, etc. are required to send viewing stats back to a central location, probably Ofcom and actual figures are used, not extrapolated figures. We could go one step further and require all digital TVs to send usage stats back to Ofcom too.

It is unthinkable that a commercial website operation would not implement an analytics provider as a measuring tool – and have to pay for it themself. Quite how this happens in the TV industry is very strange.