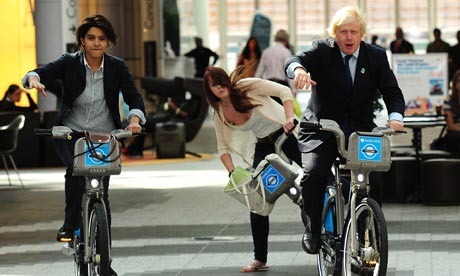 The low voter turnout throughout the UK for the local elections last week is a sad statistic, especially when the news is also reporting Middle Eastern states where citizens are attempting to topple dictators and replace them with democratically elected leaders.

One of the main causes of low voting turnout is that people can’t be bothered to vote, and that the vote feels too far removed from their lives.

I think the whole voting system is woefully outdated. For the last couple of centuries it was perfectly fine, and probably very efficient, to ask citizens to go to a local meeting place and vote in a private booth. However it’s now one of the only things in modern life where we have to go to a specific place, at a specific time, to do something.

We should replace the now-inefficient voting process with an electronic system.

If it’s good enough for me to file a tax return (I’m letting myself calm down before writing a blog post on that topic after the ordeal I’ve recently been through!); fill in medical advice for my local doctor; and do all of my insurance, mortgage and banking online, why can’t I vote online?

For a while, security has been the main issue, however my bank feels the web is safe enough for me to lend me a mortgage, and I’ve even leased a car online from a company which I never met.

One of the dangers for politicians is that as soon as voting becomes electronic, it could become almost too quick and easy, and the public will then want to vote for smaller issues. For instance, imagine in say, 50 years’ time, there’s a debate in Parliament which then asks MPs to vote. The MP could then ask their constituents for their opinion using the public voting infrastructure on that debate.