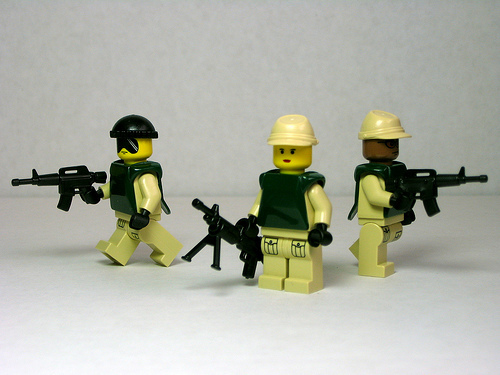 A friend of mine is a soldier in the army. His role as an engineer is to set up a wireless network as soon as his regiment has moved into a new position. Setting up the wireless network takes is one of the first priorities when the soldiers move because the generals need to understand where the soldiers are – all the time. They don’t use telephone networks because most of the time the war is being fought in a foreign land (and there’s probably some breach of the terms and conditions of using a roaming network whilst invading a country).

Yesterday a group of us at work listened to the Akamai State of the Internet report. Akamai publish the report each quarter. Akamai probably has a wider view of the global Internet than any other company because they work at a transport and application layer, across multiple Internet providers, and serve so much of the Internet traffic all the way to end users.

One of the sections of yesterday’s report showed that during the Egyptian and Libyan uprisings, the government switched off the Internet. Akamai showed their traffic patterns, and it showed a flat line during these ‘outages’.

Back to my friend in the army. In past wars, aircraft used to drop leaflets over the countries they were invading (or rescuing, depending on your viewpoint) to explain to citizens what they were doing and why they were doing it (your government are the bad guys). In the recent Israel-Gaza war, both sides used voice mails and text messages (as well as the old fashioned leaflets) to warn citizens what was going on.

In the future though, when foreign governments see uprisings such as Egypt and Libya, expect them to deploy Internet hot spots for the public when the host government switch it off. With the amount of mobile and YouTube video content being shown on the news stations at the moment from current middle east uprisings, it’s not unfeasible for the press to provide these hot spots.